The one man who will definitely reap the benefits from the Knesset's dissolution Israeli parties are heading for elections on the wrong foot, but for a certain gambling mogul and tabloid owner, the political upheaval is the best remedy for last month's slap in the face.By Yossi Verter| Dec. 4, 2014 | 8:15 PM Tweet Sheldon Adelson.Photo by Reuters RELATED TAGS Benjamin Netanyahu Sheldon Adelson Israeli politics Let the fighting beginPhoto by Amos Biderman RELATED ARTICLES
إرسال تعليق
قراءة المزيد 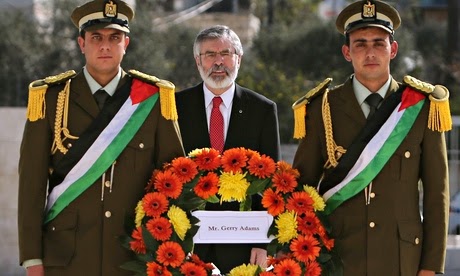 Israel bars Gerry Adams from Gaza Sinn Féin leader refused entry to Gaza Strip because of his support for Palestinians and plans to meet Hamas
Associated Press in Jerusalem The Guardian, Friday 5 December 2014 18.05 GMTSinn Féin leader, Gerry Adams, prepares to lay a wreath on the tomb of Palestinian leader Yasser Arafat in  Ramallah. Photograph: Abbas Momani/AFP/Getty Images
Sinn Féin leader Gerry Adams said on Friday that Israel had barred him from making a planned visit to the Gaza Strip during a three-day tour of the region. Adams says he was not given a reason for the Israeli decision to prevent the trip. “I am not surprised by the decision but I am disappointed by it,” he said. A spokesman for Israel’s foreign ministry, Emmanuel Nahshon, said that in consultation with defence officials the ministry decided to bar Adams from entering Gaza because of “his longstanding anti-Israeli positions and his plans to meet in the territory with leaders of Hamas”. Nahshon said that if Adams wa…
إرسال تعليق
قراءة المزيد

Open Bethlehem review – heartfelt plea against incarceration of a city 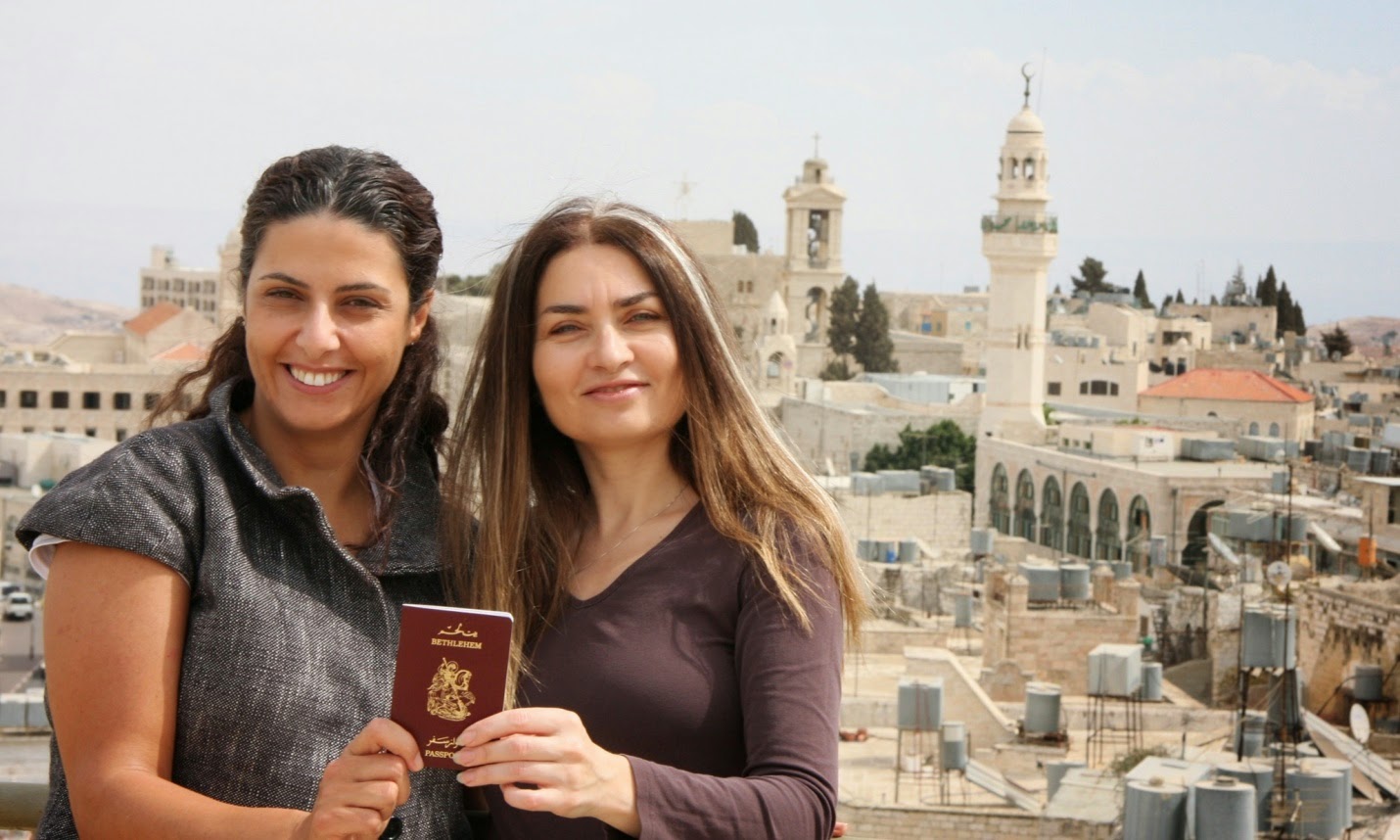 Open Bethlehem review – heartfelt plea against incarceration of a city4/5stars Leila Sansour’s documentary about her campaign to open up Jesus’s birthplace once again is admirable – even if you don’t rate its chances too highly
First step … Open Bethlehem
Peter Bradshaw Thursday 4 December 201422.50 GMT ·Share on Facebook Palestinian director Leila Sansour has made a fierce, poignant film about her family and her hometown of Bethlehem, now in Palestinian territory but progressively stifled by the Israeli government’s anti-terrorist barrier; that huge, ugly wall with which President Benjamin Netanyahu apparently wishes to be remembered as the Erich Honecker of the Middle East. At the moment, tourists can only visit Bethlehem for brief periods by means of an intensely policed system of state-approved minibuses. This film shows how Sansour
إرسال تعليق
قراءة المزيد 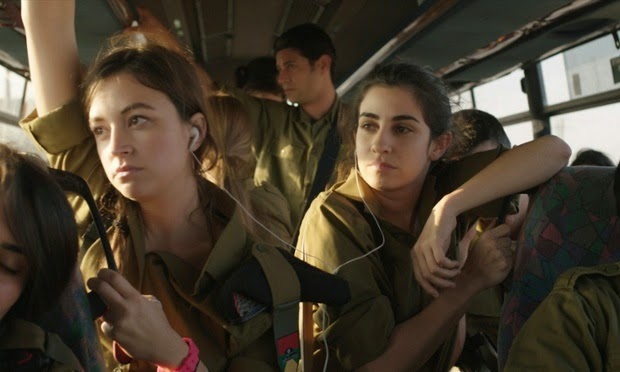 Zero Motivation review – an off-kilter look at female soldiers in the IDF 4/5stars Writer-director Talya Lavie was inspired by her own time in the Israeli Defense Force and paints a picture of day-dreaming, gender politics and high heels
Nelly Tagar as Daffi (left) and Dana Ivgy as Zohar Photograph: Zeitgeist Films
Jordan Hoffman Friday 5 December 201416.32 GMT If you show a staple gun in the first act it has to go off in the third. But that’s about the only dramatic principle to which the characters in Zero Motivation adhere. Normally that would be a problem, seeing as how this film is set in the army, but it’s not like we’re on the battle lines. Writer-director Talya Lavie drew from her own personal experience in the Israeli Defense Forces, setting her first feature in the dullest administrative office in a remote desert base. The elevator pitch “Girls meets M*A*S*H” may seem a tad reductive, but it’s apt. The angst is the same though the specifics, and urgency, has changed. The Non-Commi…
إرسال تعليق
قراءة المزيد

Is there ever a good time to release a film with 'Arabs' in the title? Probably not, which is why Eran Riklis thinks people need to see his new film, 'Dancing Arabs.'By Hilla Regev Dec. 5, 2014 | 12:16 PM Tweet
A scene from 'Dancing Arabs.'Photo by Eitan Riklis